1. The central bank can significantly influence the savings, investments and consumer spending in the economy through which of the following policy?

2. Which one of the following is not the characteristic of capitalism?

(1) Individuals and associations behave with economic motive of maximising their profit with least sacrifice or cost.

(3) Producers, consumers and employees compete among themselves, as the resources and opportunities are limited.

(4) Price, the invisible hand, plays a predominant role in the flow of the factors of production and consumption.

3. Which of the following is not the salient feature of the industrial policy developments since 1991?

(1) The scope of the private sector has been enormously expanded.

(2) Public sector has been withdrawing partially or fully from several of the enterprises by divestment.

(3) The Indian industry is increasingly exposed to foreign competition.

4. Which of the following does not form the part of the important information to be incorporated in the Memorandum of Association as specified in the Companies Act, 2013?

(1) The name of the company and the state in which it is situated.

(2) The objects for which the company is proposed to be incorporated.

(3) The rules, regulations and bye-laws for the internal management of the company.

(4) The liability of the members of the company, whether limited or unlimited.

5. Assertion (A): The volume of imports tends to be very high when there is a conjecture of high rate of economic growth and a sharp fall in the relative price of imports and vice versa.

6. Which of the following statements is not correct relating to consumerism?

(1) Consumerism is a manifestation of the failure of the business to guarantee and ensure consumer legitimate rights.

(2) The government does not have any role in consumer protection as it is the part of business organisations alone.

(3) The consumers should accept consumerism as a means of asserting and enjoying their rights.

(4) Consumerism evolution is not a set-back for marketing but rather points to the next stage in the evolution of enlightened marketing.

7. Which one of the following is not covered in the approach adopted by “Niti Aayog”?

8. Assertion (A): Personal transactions of the owners of the business are not recorded in the books.

Reasoning (R): According to the business entity concept, each business enterprise is considered as an accounting unit separate from owners.

9. Which one of the following is not an example of ‘financing activities’ with reference to cash flow statement?

10. Which one of the following statements is true about estimated costs and standard costs?

11. Which one of the following statements is not true?

(1) An expenditure intended to benefit current year is revenue expenditure.

(3) Wages paid for installation of a new machine is usually debited to wages account.

(4) Revenue expenditure is not intended to benefit future period.

12. X Ltd. forfeited 20 shares of Rs. 10 each, Rs. 8 called up, on which John had paid application and allotment money of Rs. 5 per share, of these, 15 shares were reissued to Parker as fully paid up for Rs. 6 per share. What is the balance in the share Forfeiture Account after the relevant amount has been transferred to Capital Reserve Account?

14. Assertion (A): A high operating ratio indicates a favourable position.

15. The following are the two statements regarding concept of profit. Indicate the correct code of the statements being correct or incorrect.

Statement (I): Accounting profit is a surplus of total revenue over and above all paid-out costs, including both manufacturing and overhead expenses.

Statement (II): Economic or pure profit is a residual left after all contractual costs have been met, including the transfer costs of management, insurable risks, depreciation and payments to shareholders sufficient to maintain investment at its current level.

(1) Both the statements are correct.

(2) Both the statements are incorrect.

16. Which one of the following sets is incorrect to show the inter-relationships among price elasticity coefficient, change in price and change in total revenue?

17. Which one of the following is not the basic property of indifference curves?

(1) Indifference curves have a negative slope.

(2) Indifference curves of imperfect substitutes are concave to the origin.

(3) Indifference curves do not intersect nor are they tangent to one another.

18. When labour is plotted on X-axis and capital is plotted on Y-axis and an iso-quant is prepared, then which of the following statements is/are false?

(a) Marginal rate of technical substitution of labour for capital is equal to the slope of the iso-quant.

20. A firm that produces highly substitute goods can adopt which one of the following pricing strategies?

21. In a perfectly competitive market, a firm in the long run operates at the level of output where:

22. Assignment of numerals to the objects to represent their attributes is known as:

23. A graph of a cumulative frequency distribution is called:

24. In the case of classification of data, the class having its upper limit is treated as the lower limit of its next class is called:

25. For a standard normal probability distribution, the mean (μ) and the standard deviation (s) are:

27. There is a very high inverse relationship between measures of ‘Overweight’ and ‘life expectancy’. Which one of the following value of the coefficient of correlation is consistent with the statement?

30. Select the correct code of the statements being correct or incorrect.

Statement (I): It is a significant feature of human that he plans.

Statement (II): A plan is a trap to capture the future.

31. Assertion (A): Management is a set of principles relating to its functions.

Reasoning (R): Management is essential to run all types of organizations.

33. Which among the following is not a correct statement with regard to Corporate Governance in India?

(1) Every company must appoint an individual or firm as auditor.

(2) The independent directors must attend at least three meetings a year.

(3) One or more women directors are recommended for certain classes of companies.

(4) The maximum number of permissible directors cannot exceed 15 in a public limited company.

34. The popular statement, – “if all you have is a hammer, everything looks like a nail”, is given by:

35. Functional Leadership Theory is associated with:

(1) Hackman and Walton and McGrath

36. When two separate companies or two divisions within the same company agree to place both of their respective brands on a particular product or enterprise, this arrangement is termed as:

(4) Both Cobranding and Dual Branding

37. The tangible goods for which a consumer wants to compare quality, price and perhaps style in several stores before making a purchase are called:

38. When a company treats each single customer as a separate segment, this is called:

39. Under which of the following conditions, the level of consumer’s involvement will not be high?

(1) The consumer considers the amount of money involved to be large.

(2) The product is seen as having low potential for providing significant benefits.

(3) The consumer lacks information about alternatives for satisfying the need.

(4) The product has considerable social importance.

40. Statement (I): The mindset which is commonly associated with a long – ago era when the demand for goods generally exceeded the supply, and the primary focus in business was to effectively produce medium quantities of products ; finding the customers was viewed as a relatively major function.

Statement (II): The firms with product orientation typically focus on the quality and quantity of offerings while assuming that customers will seek out and buy reasonably priced, well made products.

From the above statements indicate the correct code of being statements correct or incorrect the statements relate to concepts of marketing.

(3) Statement (I) is correct but statement (II) is not correct.

(4) Statement (I) is not correct but statement (II) is correct.

41. Match the items of List – II with List – I to identify the correct code which are related to legal forces affecting international marketers.

42. Match the items of List – II with List – I which are related to personal selling process and identify the correct code:

43. Which of the following is not an approach to the Capital Structure?

44. Which one of the following methods of Capital Budgeting assumes that cash-inflows are reinvested at the project’s rate of return?

45. Cost of Equity Share Capital is more than cost of Debt because:

(1) Equity shares are not easily saleable.

(2) Equity shares do not provide the fixed dividend rate.

(1) Long-term funds have been used for fixed assets.

(2) Short-term funds have been used for fixed assets.

(3) Long-term funds have been used for current assets.

(4) Short-term funds have been used for current assets.

47. Which of the following is an implicit cost of increasing proportion of debt of a company?

(1) P.E. Ratio of the company would increase.

(2) Rate of return of the company would decrease.

(3) Tax-shield would not be available on new debts.

48. Profitability Index of a Project is the ratio of present value of cash inflows to:

49. Which one of the following statements is false?

(1) Effective dividend policy is an important tool to achieve the goal of wealth maximisation.

(2) According to Walter, the optimal payout ratio for a growth firm is 100%.

(3) MM model asserts that the value of the firm is not affected whether the firm pays dividend or not.

(4) ‘Bird-in-the-hand theory’ in reference to dividend decision has been developed by Myron Gordon.

50. Which one of the following statements defines the correct meaning of the term “boundary spanning”?

(1) It refers to an obligation of an individual, firm or institution to account for its activities and accept responsibility for them.

(2) It refers to the process that helps the organization and its employees to link with their external environment through specific activities/functions.

(3) It refers to the science of morals, principles and rules of conduct.

(4) It refers to multiculturism management. 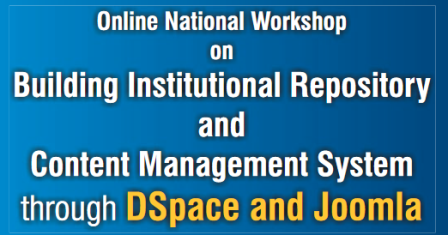